Part love story, part adventure (with quite a bit of drama and humor thrown in), our story is rooted in passion. It is a passion to work together as a family to create something of beauty, from nature, that will be savored and enjoyed by our guests and members for years to come.

The story is far from written, but here is the start…

Shortly after college, Tim was on a business trip in New York and was served a glass of California Wine that both blew him away and quietly planted a seed. In the years that followed, he developed a deeper interest in wine.

We met on North Avenue in Milwaukee, WI. On our third date, a canoe day trip, Tim pulled a bottle of wine and two glasses from his backpack. This marked the first of many great memories celebrated over a shared bottle of fabulous wine. 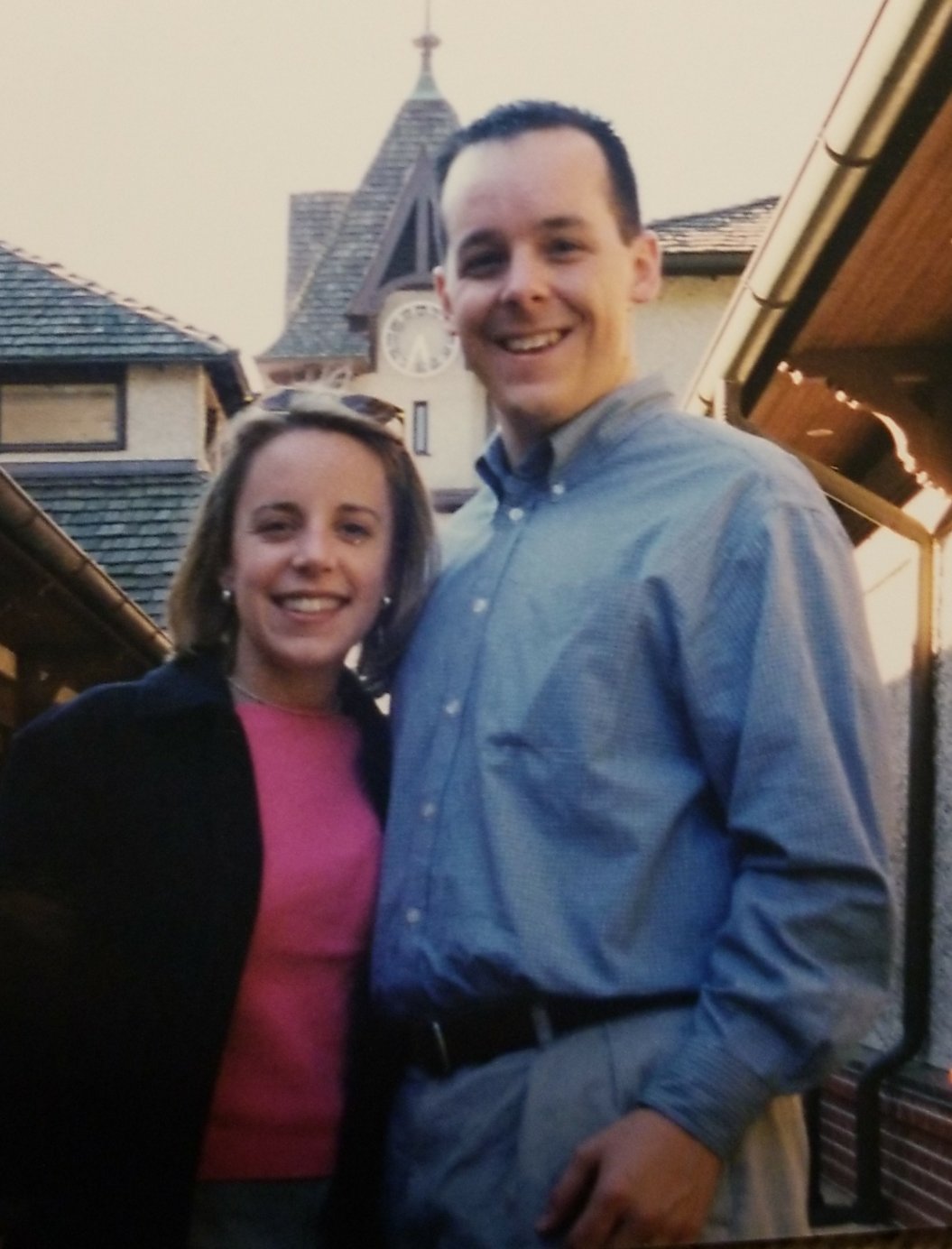 On a trip to Biltmore Estate Winery in Asheville, NC, Jen experienced her wine “aha” moment when she was blown away by a bottle of Cabernet Franc. We bought our first case of wine that day – a case of what Jen fondly began to refer to as “my Fronk.” Our mutual enjoyment of wine continued – and grew – as we dated and eventually moved to Chicago.

We were married in Chicago and soon began filling the cellar of the historic, 1921 Chicago bungalow (we were rehabbing by hand) with wines Tim had researched and purchased. 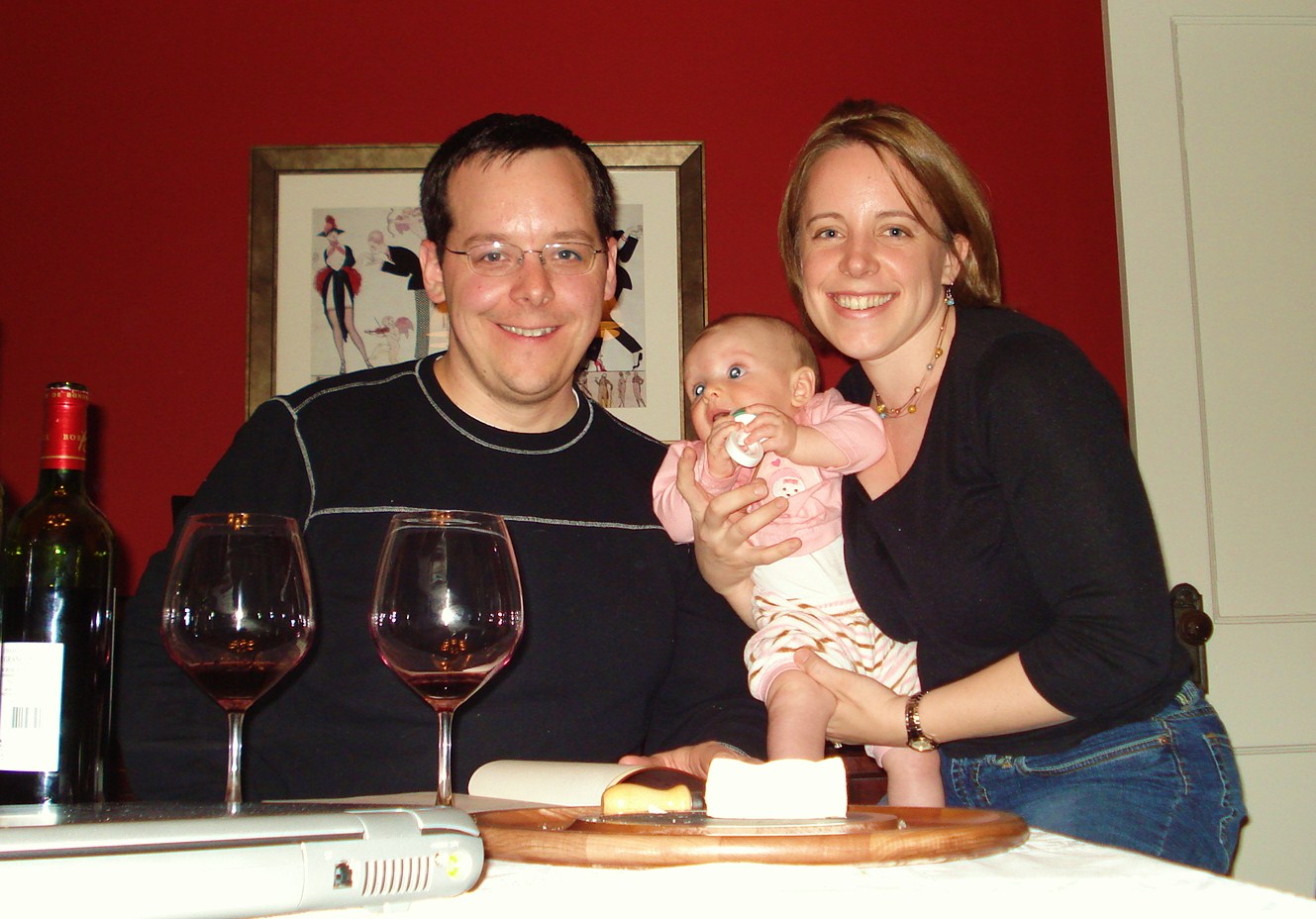 As our family grew with the birth of our first daughter, Audrey, and the rescue of our beagle, Bogie – so did our passion for wine. The more we tasted, the more intrigued and curious we became. Eventually, Tim enrolled in a remote winemaking course through UCDavis and as he watched the recorded lectures on DVD each night, Jen was right there by his side.

The more we learned, the more fascinated we became, not only with what was in our glass but also in the many other elements of wine: history, culture, nature, geography, farming, science, food, hard work, celebrations, and many fascinating people.

We began to realize wine reflected many of the things we valued most in life.

We began researching the prospect of building a wine business for our family. Chicago wasn’t a likely locale for pursuing our interests in making wine so, in the years that followed, the curiosity persisted and we considered all sorts of destinations.

On one of his research missions to a local Chicago wine shop, Tim picked up a bottle of Merlot from Walla Walla, Washington. When we tasted it, we were thrilled to discover character reminiscent of the wines from Bordeaux we had come to love. Our eyes turned toward Washington State.

As we awaited the birth of our second daughter, Tim accepted a new role at his company’s headquarters in Redmond, Washington. The family moved in August, after Emily was born. Before our furniture even arrived, Tim was volunteering nights and weekends with a winemaker in Woodinville, Washington – a Seattle suburb that had become home to more than 100 wineries, making – we would soon learn – the densest concentration of highly rated wines in the entire world. Soon, Tim was also taking winemaking classes at South Seattle Community College and then through Washington State University’s Viticulture and Enology programs. 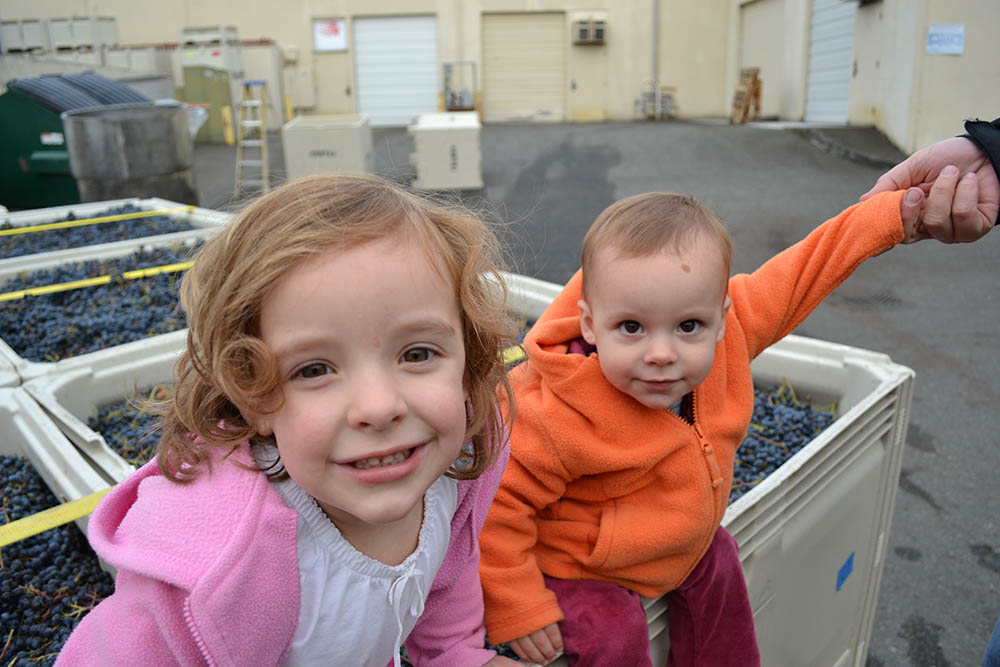 Harvest 2011, we decided to dive in. We were lucky enough to contract with a well-respected vineyard in Washington’s Yakima Valley AVA for 6 tons of premium grapes. That harvest, while continuing to volunteer for the other winery, Tim made what would become the first vintage of Armstrong Family Winery wine. 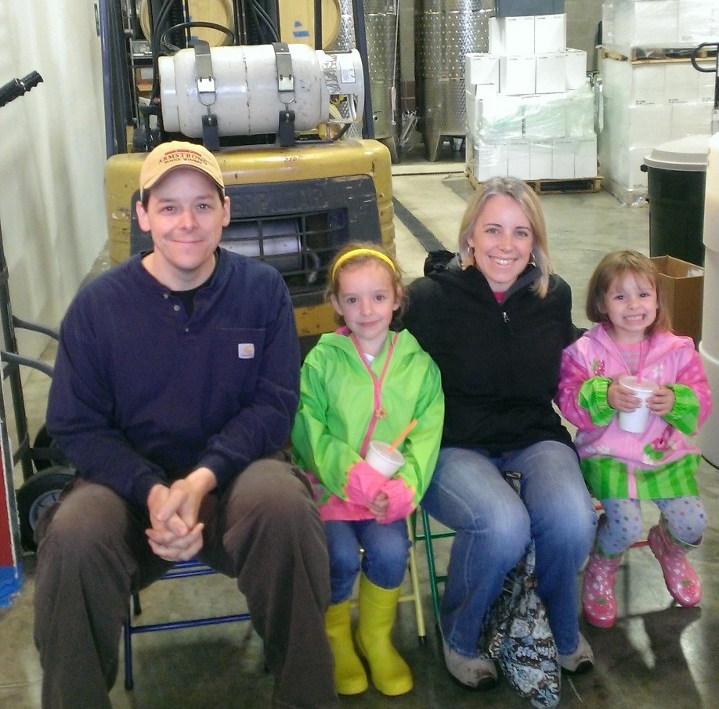 With three years under our belts and our 2011 vintage in bottle, we rented our own space in Woodinville’s Warehouse Winery District and opened for business. The 2011 vintage was well received – earning two Double Gold awards in the Seattle Wine Awards and many wonderful fans.

Over the next several years, we grew our production from those first 6 tons to 50 in 2016. But following that harvest, it was clear we’d grown out of our space. As we considered options for a new winery space, we turned to wine country and to the first Washington wine region to capture our heart: Walla Walla. The small, rural town is home to some of the most esteemed vineyards and wineries in the world and over the years, our visits had convinced us that it would be a perfect place to raise our family. Through a twist of fate, we learned that a small farm on the north side of town that had caught our eye 2 years earlier was for sale. As soon as we visited, we knew we’d found a new home for our family and business. 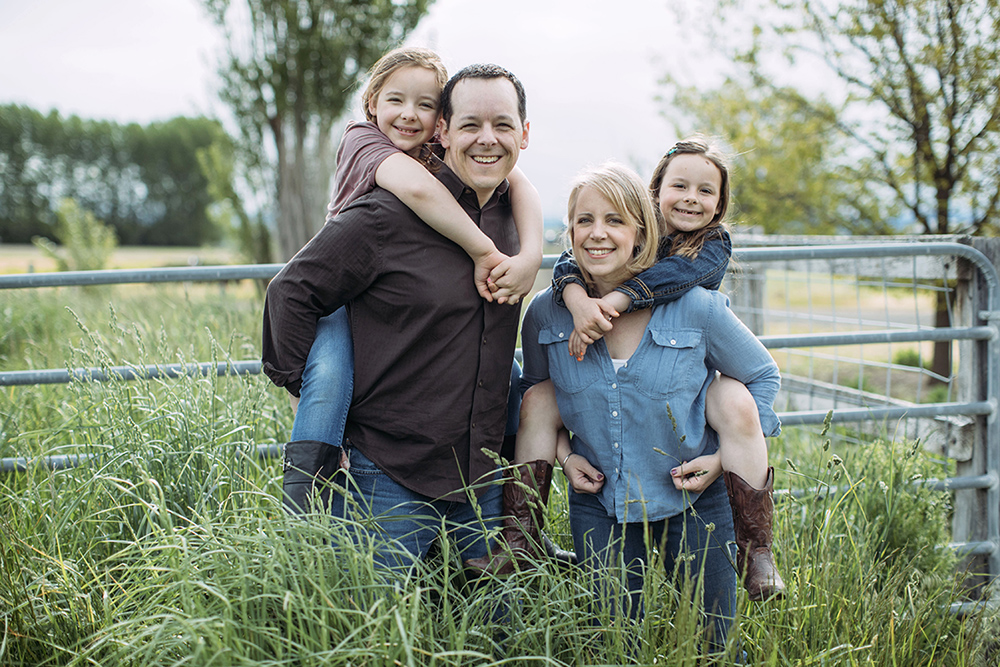 In May, we began the next chapter with the purchase of our new property. The 22-acre farm features a vineyard with 2 blocks of 17-year-old Cabernet Sauvignon vines, a historic barn, a lovely home for our family, and space to eventually build a new production facility visiting area for our guests. 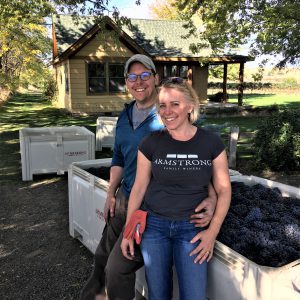 In April 2018, we opened a second tasting room – this time in Downtown Walla Walla. Located in a beautiful, historic building, the space is filled with historic character and furnished with a variety of seating options and beautiful photos of the farm – allowing us to treat guests to a very personal, seated tasting experience and virtual farm visit… with the convenience of a downtown location.

The fall of 2019, we celebrated two milestones: our first estate harvest of the two acres of Cabernet Sauvignon at the vineyard on our farm in Walla Walla, and our first partnership with a wine distributor, Well Crafted Beverage, to get our wines placed in bottle shops and restaurants in Maryland, Virginia and Washinton, D.C.

2020 has thrown the world some surprises and due to COVID-19, we, like businesses across the world, have had to shut our tasting rooms to reduce the spread of infection. However, during this time, we have been able to improve our online ordering and fulfillment systems, and are now preparing to re-open with a new reservation system and plans for elevated experiences for our guests. We are optimistic about the future and hopeful that these changes will ultimately benefit and strengthen our business and the experience for our guests and members.